Licensing of Power BI Moves Away From Office 365

The gap between Power BI and Excel keeps on getting wider. As there is conflicting information about the Excel/Power BI break-up on various places on the internet, I wanted to clarify some of the common discussion questions.

One place where you can get definitive answers is in the new Licensing Information for Power BI which I linked in case you missed it. Unfortunately for those of us who have been paying the higher fees for Power BI, the price reduction to ten dollars isn’t immediate. Although I am disappointed, the non-immediate fee reduction makes sense, since the new-Excel-free-version of Power BI is still preview edition. No one outside the US is able to even try it yet. The new pricing will be available when the new product is available. This also gives people a chance to migrate their existing reports to the new version of Power BI. Another way of saying this is, going forward you don’t need Excel or the Four Powers – Power Query, Power Map, Power Pivot and Power View – anymore. The only thing you’ll need is the New Power BI.

No SharePoint Needed for Power BI

Another thing that the licensing document makes clear, is when the new Power BI is released, the Office 365 version of SharePoint will not be required. To be even clearer, SharePoint will not be needed to use Power BI. There are several places online where I have read conflicting information regarding the need to have SharePoint. Let me clarify by quoting from Microsoft’s Licensing Information for Power BI page just to make it perfectly clear “Power BI service will become a standalone service and will no longer require SharePoint Online”. Since the current version of Power BI is using SharePoint, if this is the only reason you have Office 365 SharePoint, you can get rid of SharePoint, which will be an additional cost savings. How much will it cost? Talk to Microsoft Support as the details must be worked out with them.

Why Did Microsoft Change Power BI to not use Excel ?

While at SQL Saturday in Albuquerque, which was even better than my high expectations, I had a chance to talk to someone from Microsoft, and of course Power BI came up. I asked why he thought Microsoft moved away from Power BI? While not divulging anything that is covered under an NDA, he mentioned that there were a lot of people who would like to use the features of Power BI, but they didn’t have the right version of Excel within their organizations. Microsoft removed this barrier to adoption by moving to a non-Excel version. Excel also had a lot of features that weren’t needed for data visualization, and support for some of the current features was sort of confusing. I agreed with him. For example there are three different ways of creating a data connection, which is definitely confusing.

For those people who like the Power BI Add-ins to Excel and want to stay with them, there is one big issue, scheduled updates. Only with Power BI deployed to the Office 365 Cloud SharePoint can you get scheduled updates from all the places which you might be retrieving data. For all those people who for a variety of issues didn’t want to go with Power BI deployed that way, there is now a solution. If you are looking to update Excel, Power Update is what you need. Kudos to Rob Collie for providing this solution as I have heard from a number of people that they had SharePoint and didn’t want to go to the cloud for Power Query updates or didn’t want to have to deploy SharePoint. Keeping up with Excel and Power BI is now a wider world than just Microsoft.  The one thing you can count on is things will always be changing.

You can learn more about Ginger by following her on Twitter or on her blog. 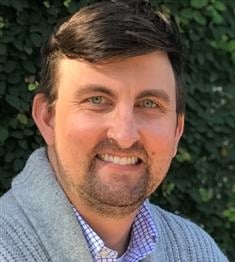